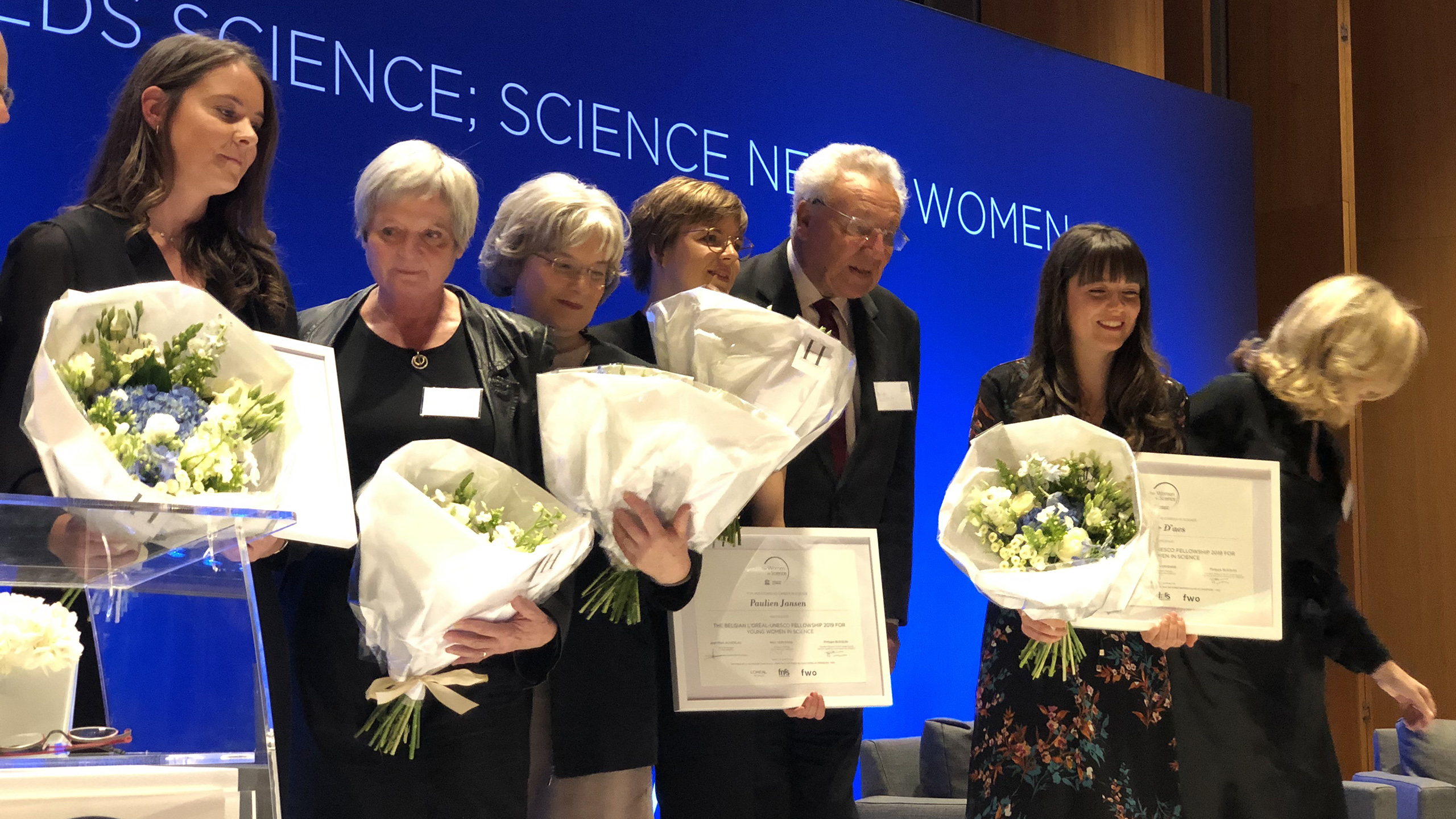 Tine D'Aes, a doctoral student at Brigitte Malgrange's laboratory of Neurobiology of Development (GIGA-Stem Cells) is one of the 3 winners of the prestigious Belgian L'Oreal-UNESCO for Women in Science fellowship, awarded by the FNRS and the FWO for her thesis project on The role of cell cycle-related proteins in neuronal death after ischemic stroke.

stroke is a disruption of the blood flow to the brain, resulting in the death of neurons and other brain cells. Stroke constitutes the second leading cause of death worldwide and one of the most important causes of disability in adults. Despite its huge societal and personal impact, there is a marked lack of treatment options for stroke.

The vast majority of strokes (at least 85%) are ischemic, meaning that they are caused by the blockage of a blood vessel to the brain, usually by a blood clot. Administration of a thrombolytic drug to dissolve the blood clot is currently the only available pharmacological treatment for ischemic stroke, but it holds significant risks and can only be applied in a minority of patients. There are at present no therapeutic approaches used in the clinic to protect brain cells against damage caused by ischemia, or to aid in recovery after stroke.

In order to change this, we need a better understanding of how cells die after stroke. Cerebral ischemia triggers a cascade of pathological pathways in the core of the infarction that results in almost immediate neuronal death. Surrounding the ischemic core, the “penumbra” is a region where collateral cerebral blood flow supports limited perfusion. Neurons in the penumbra experience less intense ischemia and undergo neuronal death within hours or days after stroke. This delayed neuronal loss thus represents a therapeutic window for neuroprotective strategies to stabilize functionally compromised but viable cells.
The goal of the project is to better understand the molecular mechanisms involved in the delayed death of neurons in the penumbra. More specifically, the focus of the project is on the role that cell cycle-related proteins have to play. Cyclin-dependent kinases (Cdks) are a large family of proteins that regulate cell cycle progression in dividing cells. Interestingly, it has been shown that Cdks are re-expressed in post-mitotic neurons after ischemic stroke, and that their activation plays a crucial role in neuronal death. The mechanisms involved are not yet precisely understood, however.

This project aims to better comprehend how Cdks become activated after ischemic stroke and how this leads to neuronal death. In addition, it aims to investigate if inhibiting the activation of Cdks may constitute a suitable therapeutic target for neuroprotection in stroke. 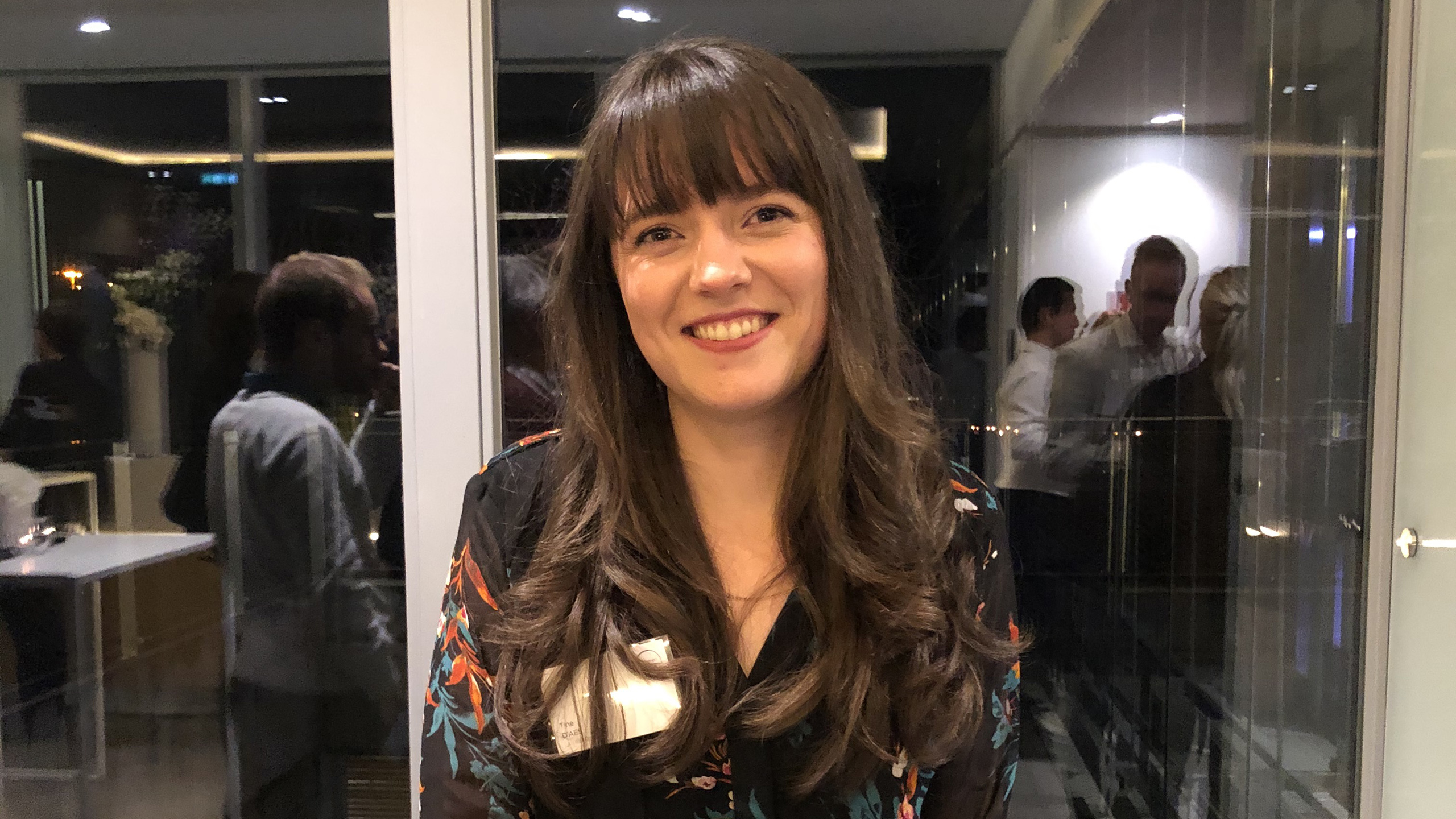 Tine D'Aes holds a Master's degree in Clinical Psychology from the Vrije Universiteit Brussel and a Master's degree in Neuroscience from the University of Antwerp. She joined the GIGA Doctoral School at the end of 2018 where she is a PhD student at Brigitte Malgrange's Laboratory of Neurobiology of Development. Since October, she has a mandate of aspirant FNRS.

The L'Oréal-UNESCO For Women in Science fellowships, awarded under the auspices of the Fonds de la Recherche Scientifique (FRS-FNRS) and the Fonds voor Wetenschappelijk Onderzoek (FWO), constitute the national component of the L'Oréal-UNESCO For Women program in Science. Created in 2007, the Belgian scholarships reward - every two years - three young women for the excellence of their work, their courage and their commitment in the field of scientific research in the field of Life Sciences.

150 years ago Marie Curie was born. A pioneering scientific woman, she has opened the way for so many others, including her daughter, Irene Joliot-Curie. Between them, they have received 3 of the 18 scientific Nobel Prizes awarded to women since their creation in 1901. Today, only 28% of researchers are women. That's why, for 19 years, the L'Oréal Foundation has been working alongside UNESCO to increase women's share of scientific research. By awarding prizes and scholarships, the L'Oréal Foundation and UNESCO reward and accompany the careers of the most brilliant and promising women scientists.

Since 2001, 2,820 outstanding women scientists recognized in 115 countries have been supported by the L'Oréal Foundation and UNESCO. Among them, 97 laureates were honored for the excellence of their scientific work, two of which were crowned with the scientific Nobel Prize. But it is also, in 45 countries around the world, more than 2700 promising young women who will make the science of tomorrow who are accompanied at a pivotal moment of their career, during their thesis or post-doctorate.