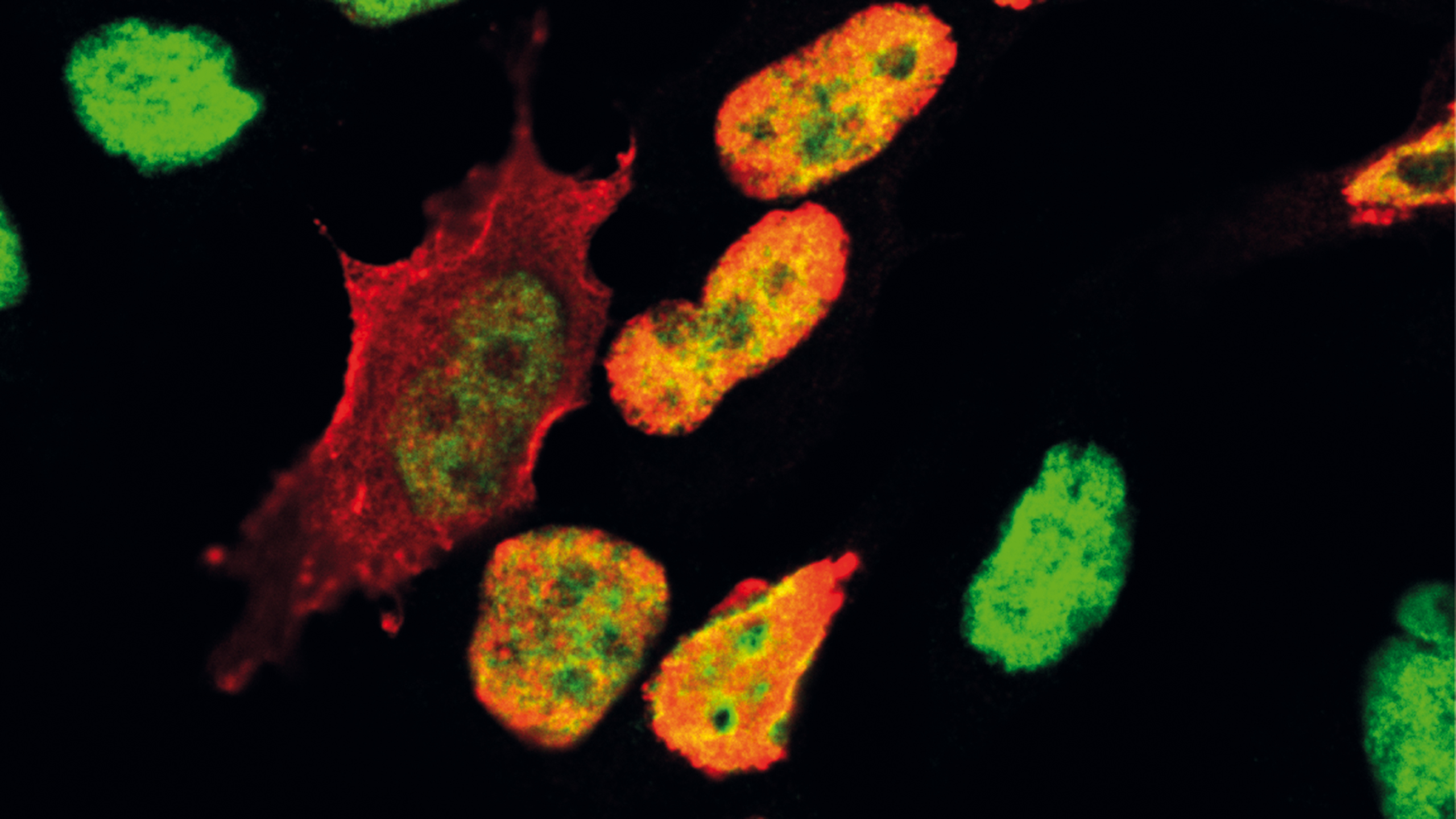 Lung cancer remains very challenging to treat, at least because of intrinsic or acquired resistance of lung cancer cells to some targeted therapies. Combinatory approches are needed to circumvent both types of resistance and new therapeutic targets are consequently needed. Alain Chariot's team (GIGA-Stem Cells, Laboratory of Medical Chemistry) publishes its results today in the journal “Nature Communications”. This study defined the protein RNF113A as a new target for the treatment of lung tumors.

atients suffering from the X-linked trichothiodystrophy genetic disease show some microcephaly combined with mental retardation because of loss-of-function mutations of the RNF113A gene. The GIGA researchers hypothesized that neurons from these patients may undergo premature cell death, which implies that RNF113A may act as a pro-survival protein. Cell survival is a hallmark of all cancer cells. Therefore, they addressed the role of RNF113A in tumor development. RNF113A was actually upregulated in clinical cases of lung cancer and was also induced by Cisplatin, a chemotherapeutic drug that causes DNA damage to targeted cancer cells. RNF113A overexpression protects lung cancer cells from cell death induced by Cisplatin. On the other hand, inhibiting RNF113A in lung cancer cells enhances cell death triggered by Cisplatin, at least because they fail to repair damaged DNAs. Mechanistically, RNF113A as a subunit of the spliceosome which is a machinery that promotes the splicing (i.e. the removal of introns) from multiple RNAs in order to generate several transcripts from a single gene. Many candidates coding for pro-survival proteins rely on RNF113A to be spliced, which explain why some pro-survival proteins are not properly produced when RNF113A is not functional. For example, the pro-survival protein MCL-1 relies on RNF113A to be expresses in lung cancer cells. This finding has some clinical relevance as BCL-2 inhibitors were used to treat patients suffering from lung cancer. Unfortunately, some patients became resistant to BCL-2 inhibitors because they enhanced expression of MCL-1 whose function is similar to BCL2. Targeting RNF113A decreases MCL-1 levels and consequently circumvents the resistance to BCL-2 inhibitors. Finally, the inhibition of RNF113A also re-sensitizes lung cancer cells with some acquired resistance to Cisplatin-dependent cell death. In conclusion, this study defines RNF113A as a new therapeutic target in lung cancer, especially clinical cases showing high levels of MCL-1.

This work was supported by grants from WELBIO, the Belgian foundation against cancer, the FNRS/TELEVIE, the University of Liege and the Fonds Leon Fredericq.