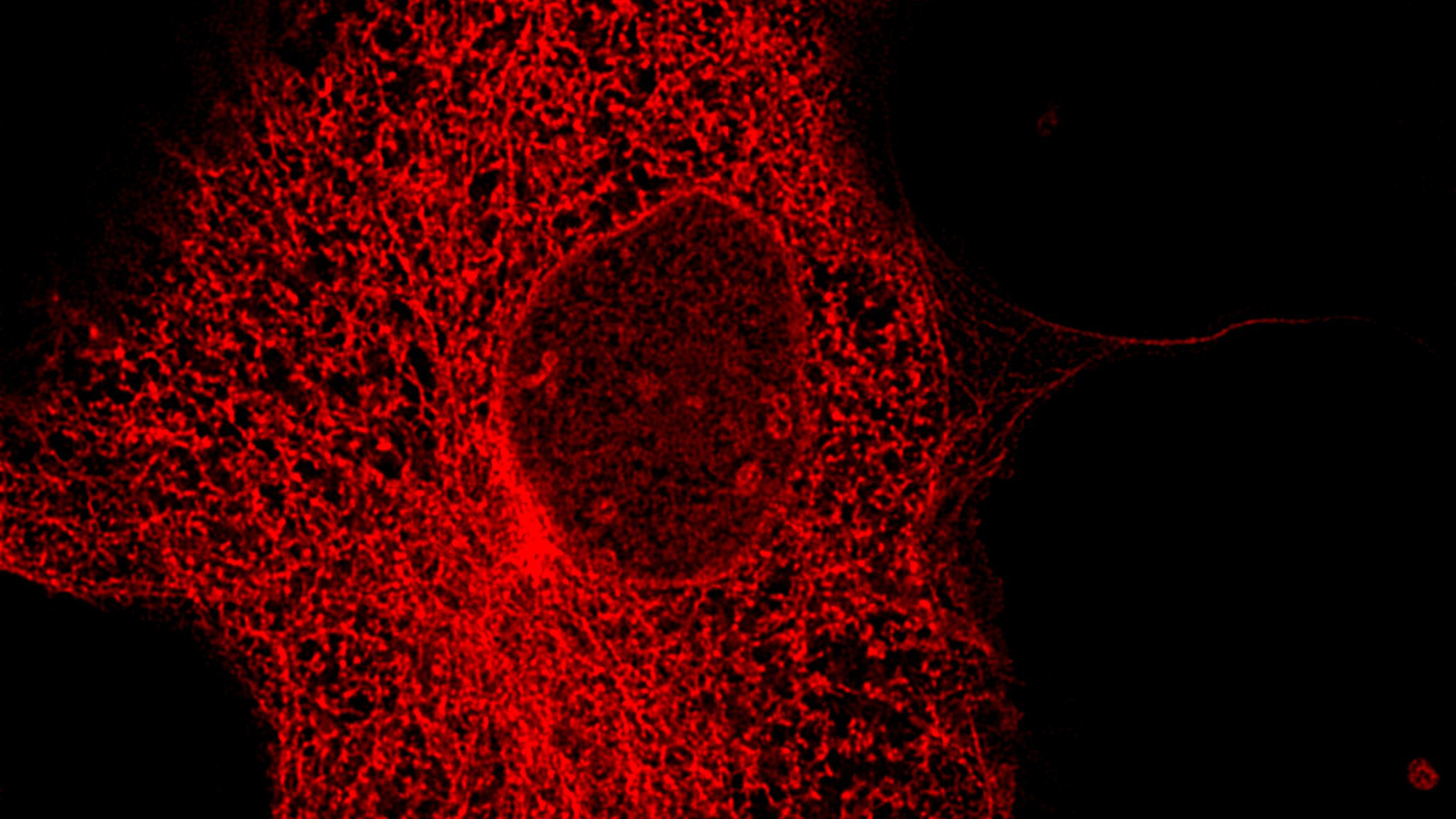 The team of Jean-Claude Twizere (Laboratory of Viral Interactomes, GIGA-MBD), in collaboration with 5 other GIGA laboratories, as well as several other Belgian and international teams, publishes a study in Science Advances that may have a major impact in the understanding of the internal dynamics in an animal cell.

The Endoplasmic Reticulum (ER) is the largest organelle of eucaryotic cell. This organelle structurally organized into a vast membranous network, was first observed in the 1950s by Porter and Palade using electron microscopy. Constitutive proteins of the ER tubular network were  identified recently, in 2010 (Shibata et al. Cell 143, 774-788) and 2017 (Powers et al. Nature 543, 257-260). However, as the ER adapts its architecture according to the cellular state, the control of this dynamic rearrangement remained unclear.

In this study, Despoina Kerselidou, PhD student in Jean-Claude Twizere’s lab, showed that exostosin-1 (EXT1) glycosyltransferase, an enzyme involved in the polymerization of glycans destined to the cellular membrane, is also a key regulator of ER morphology and dynamics.

This study could have implications both in medicine, with the understanding of various diseases such as numerous cancers and Alzheimer's diseases in which  ER dynamics are affected, and also in the biotechnology, with the optimization animal cell productivity. Reprogramming of N-glycosylation in the ER could, in particular,  impact the production of recombinant proteins, therapeutic viral vectors and vaccines in mammalian cells. As illustrated by the current Covid19 pandemic, large-scale adenoviral vaccines’ manufacturing is significantly impacted by mammalian cells limited productivity.