New evidence about brain activity of patients diagnosed as being unresponsive 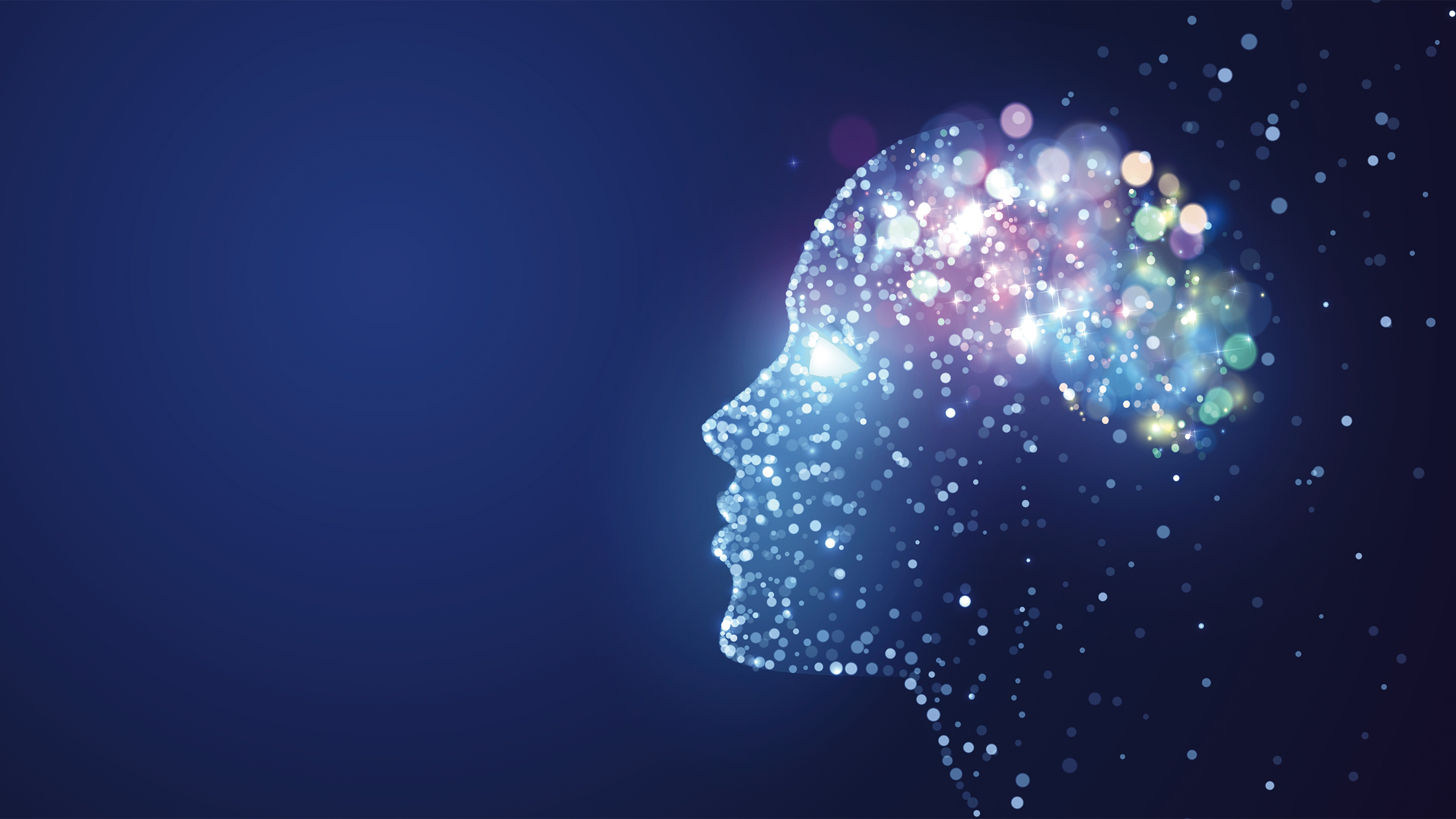 A study conducted by the Coma Science Group provides new evidence that up to two third of patients who are diagnosed as being unresponsive at the bedside (i.e., in an unresponsive wakefulness syndrome, previously called the vegetative state) retain brain activity compatible with the diagnosis of minimally conscious state. This study is published in Annals of Neurology.

r. Aurore Thibaut commented: “The notion of cognitive motor dissociation in patients with disorders of consciousness is more and more accepted in the scientific and clinical communities. Such patients present higher brain activity (measured with neuroimaging tools), compared to what they can express when assessed at the bedside. Such dissociation can occur due to many factors such as severe motor impairments. In the present study, we aimed to look at the patients’ brain function at rest (i.e., no tasks and no stimuli were applied) and investigate, in a blind way, the residual brain activity and grey matter atrophy of unresponsive patients compared to minimally conscious patients.”

For this study, the researchers included 135 brain-injured patients with disorders of consciousness. Forty-eight were diagnosed in unresponsive wakefulness syndrome (e.g., no signs of consciousness) and 87 as minimally conscious (e.g., ability to perceive external stimuli such as pain and/or answer simple command). These patients were diagnosed using a standardized and validate behavioral scale, the Coma Recovery Scale-Revised, on multiple occasions to ensure a stable and reliable clinical diagnosis.

When looking at the residual brain metabolism of these 48 unresponsive patients, three researchers who were blinded of their diagnosis, categorized 32 of them (67%) as being minimally conscious. Later on, these 32 patients with a mismatch between clinical and neuroimaging diagnosis were classified as being in minimally conscious state “star” (i.e., MCS* - * indicating that the diagnosis is made with neuroimaging). When looking at the different subgroups of patients, researchers found a better prognosis for patients in MCS* compared to those in unresponsive wakefulness syndrome. In addition, these patients presented higher brain activity as measured with electroencephalography, as well as less brain atrophy in specific brain regions. “These results suggest that patients in MCS* represent a distinct entity that differ from the unresponsive wakefulness syndrome in term of clinical outcome and brain activity patterns” says Dr. Olivia Gosseries.

The authors conclude that patients who are unresponsive at the bedside but who present substantial brain activity (i.e., MCS*) is a frequent phenomenon that is associated with a better outcome and brain activity compatible with the minimally conscious state. In this scenario, they recommend that complementary exams should be performed to all unresponsive patients before taking medical decisions. 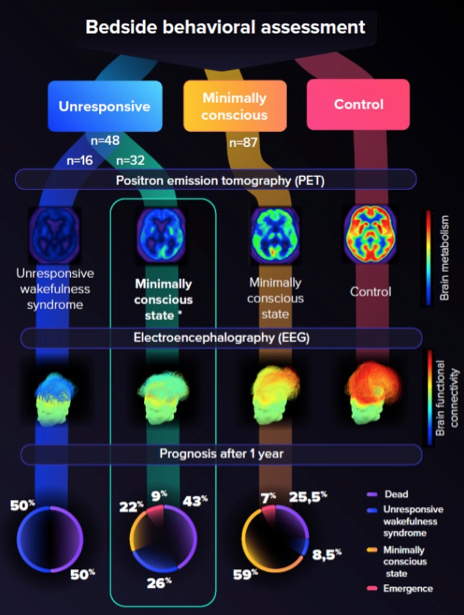