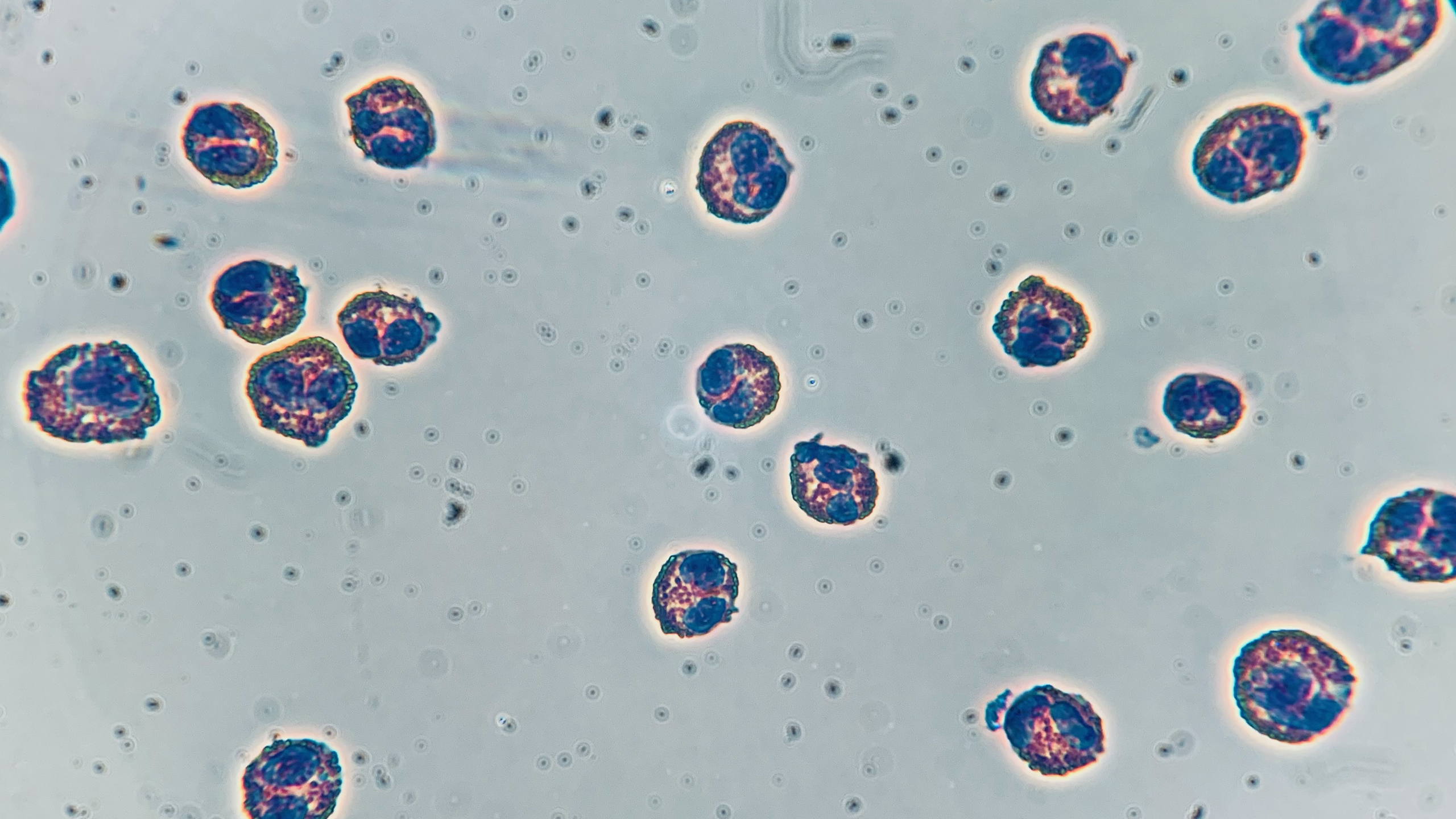 Asthma is a respiratory disease characterized by recurrent episodes of coughing and respiratory oppression, which are usually reversible with anti-inflammatory or bronchodilator treatments. It is a common but heterogeneous disease, yet slightly more than half of asthma patients have so-called "eosinophilic asthma". This type of asthma is characterized by an increase in blood eosinophils and their infiltration into the lung. In eosinophilic asthma, eosinophils are associated with the severity of the disease, including the rate of exacerbations, which are periods of worsening disease, and with the risk of irreversible airway obstruction. Conventional treatments fail to control asthma in about 5 to 10% of patients with severe asthma. Biological treatments targeting eosinophils have therefore been developed to control severe eosinophilic asthma that reduce exacerbations and loss of lung function.

Anti-eosinophilic treatments are based on monoclonal antibodies that exploit the dependence of eosinophils on a specific cytokine: interleukin-5 (IL5), which is described in the literature as an essential growth factor of eosinophils. One such treatment, benralizumab, destroys eosinophils and their progenitors by binding to the IL5 receptor on their surface. Patients treated with benralizumab then usually become totally eosinopenic, i.e. without eosinophils. Two other treatments, reslizumab and mepolizumab, neutralize IL5. Patients treated with these two molecules become partially eosinopenic, but retain a population of residual eosinophils representing about half the number of eosinophils in the general population.

This is why Christophe Desmet and Fabrice Bureau's team (Cellular and Molecular Immunology Laboratory, associated with the Pneumology Laboratory) asked themselves several questions. What happens to these residual eosinophils? Does the suppression of IL5 during eosinophil development also change their biological activities in addition to reducing their number? Could this have long-term consequences given the various immune and homeostatic roles experimentally attributed to eosinophils, including in metabolism, antimicrobial and anticancer defence? The question of whether residual eosinophils from patients treated with mepolizumab or reslizumab have any particular biological activity is therefore important in predicting the potential long-term effects of IL5 neutralization.

In this new study, just published in the prestigious European Respiratory Journal, GIGA researchers used a comparative transcriptomics approach in mice and humans to determine whether residual eosinophils growing under IL5 restriction conditions in vivo exhibit alterations in their gene expression program. They compared blood eosinophils from patients with severe eosinophilic allergic asthma treated with mepolizumab to those from healthy controls and control asthma patients receiving another biologic therapy, the anti-immunoglobulin type E biological omalizumab. After performing similar comparisons on bone marrow eosinophils from mice genetically deficient or not for IL5, they observed that reduced IL5 availability does not elicit any detectable response in gene expression of residual eosinophils in humans or mice. They then stimulated human and mouse residual eosinophils with a potent eosinophil activator, IL33, and detected only a minimal effect of IL5 deficiency on their response to activation.

From a basic perspective, this work suggests that the main effect of IL5 on eosinophilopoiesis in the steady state is to control the number of peripheral eosinophils rather than to influence their differentiation and subsequent activity. From a clinical perspective, these results suggest that treatment with IL5 neutralizing antibodies such as mepolizumab or reslizumab spares a pool of residual circulating eosinophils that largely resemble those of "healthy" individuals.

This work was funded by a research project and an EOS from the FRS-FNRS.