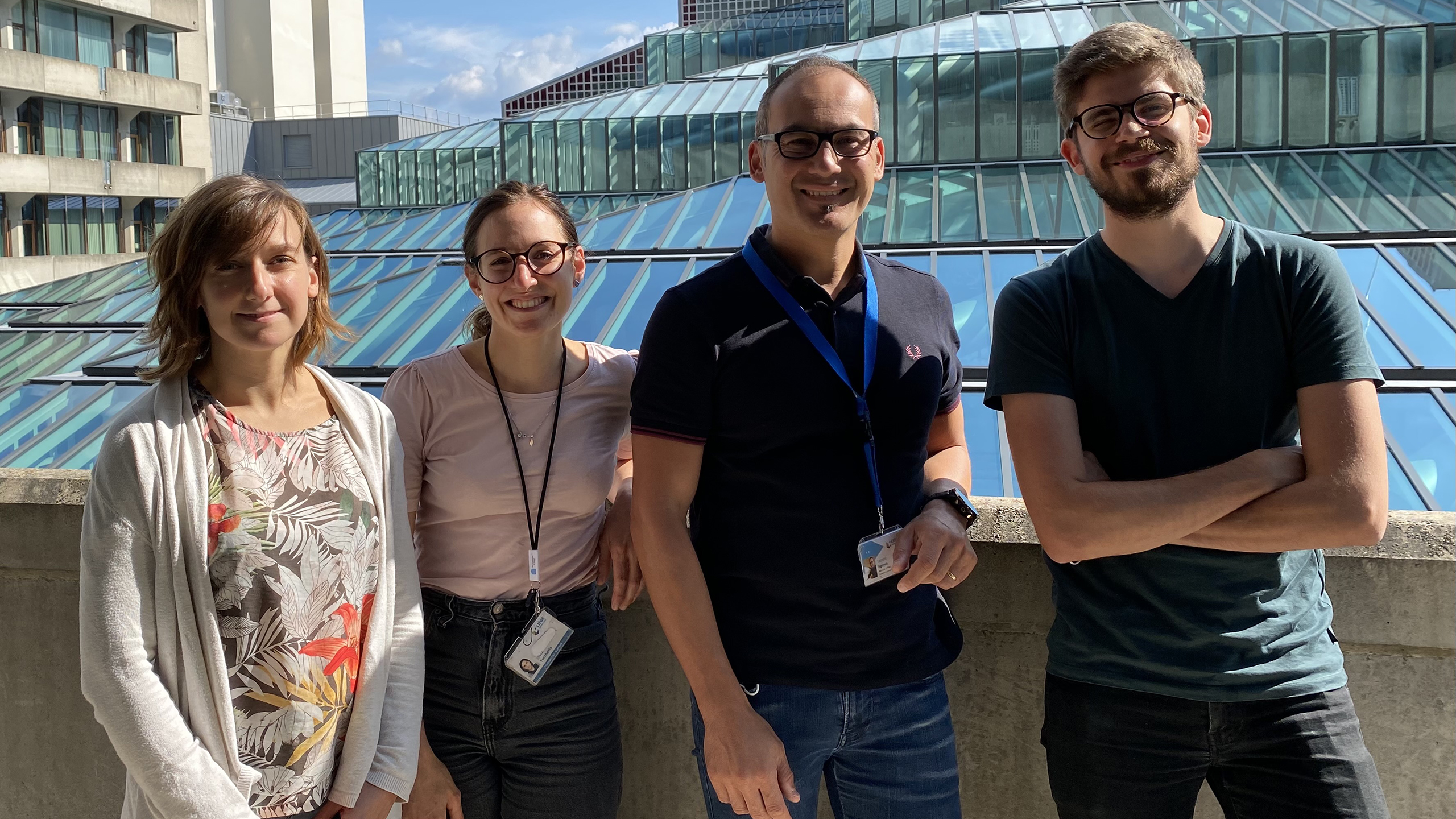 Laurent Nguyen's laboratory (Laboratory for Molecular Regulation of Neurogenesis, GIGA-Stem Cells and GIGA-Neurosciences) has been studying the role of the Elongator complex in the nervous system for many years. Loss of Elongator’s activity has been associated with various neurological diseases, including familial dysautonomia. These researchers have just identified the mechanism by which Elongator controls axonal transport in projection neurons.

Neurons possess a molecular network made up of microtubules that allow proteins and specialized structures (cargos) to be transported within the axon. This process, known as axonal transport, is necessary for the functioning and survival of neurons and is impaired in many neurodegenerative diseases. In order to better understand these diseases, it is important to determine the mechanisms underlying this process in neuronal axons.

For optimal axonal transport, microtubules are acetylated by the enzyme ATAT1. This modification controls the recruitment of cargos and adapt their speed of transport along microtubules. Laurent Nguyen's team previously showed that loss of Elongator complex in the brain leads to defect in migration and differentiation of cortical neurons, further  characterized by a reduced acetylation of their microtubules (Cell 2009). More recently, these researchers discovered that motile vesicles that are transported along axonal microtubules in these neurons are enriched for ATAT1 enzymes, thereby rgulating the acetylation of their microtubule tracks (Science Advances 2019).

In the context of axonal transport, this new work which has just been released in Nature Communications reveals a link between the activity of ATAT1 (acetylation of microtubules) and that of the Elongator complex, both of which are enriched on motile vesicles that move along axonal microtubules. Researchers from GIGA, in collaboration with those from Tel Aviv University, show in this new publication that the absence of Elongator at motile vesicles reduces the stability of ACLY, the enzyme responsible for the synthesis of Acetyl-CoA, substrate necessary for the acetylation of microtubules by ATAT1 (see figure opposite). This molecular pathway is important for axonal transport and is conserved across species, from flies to humans. 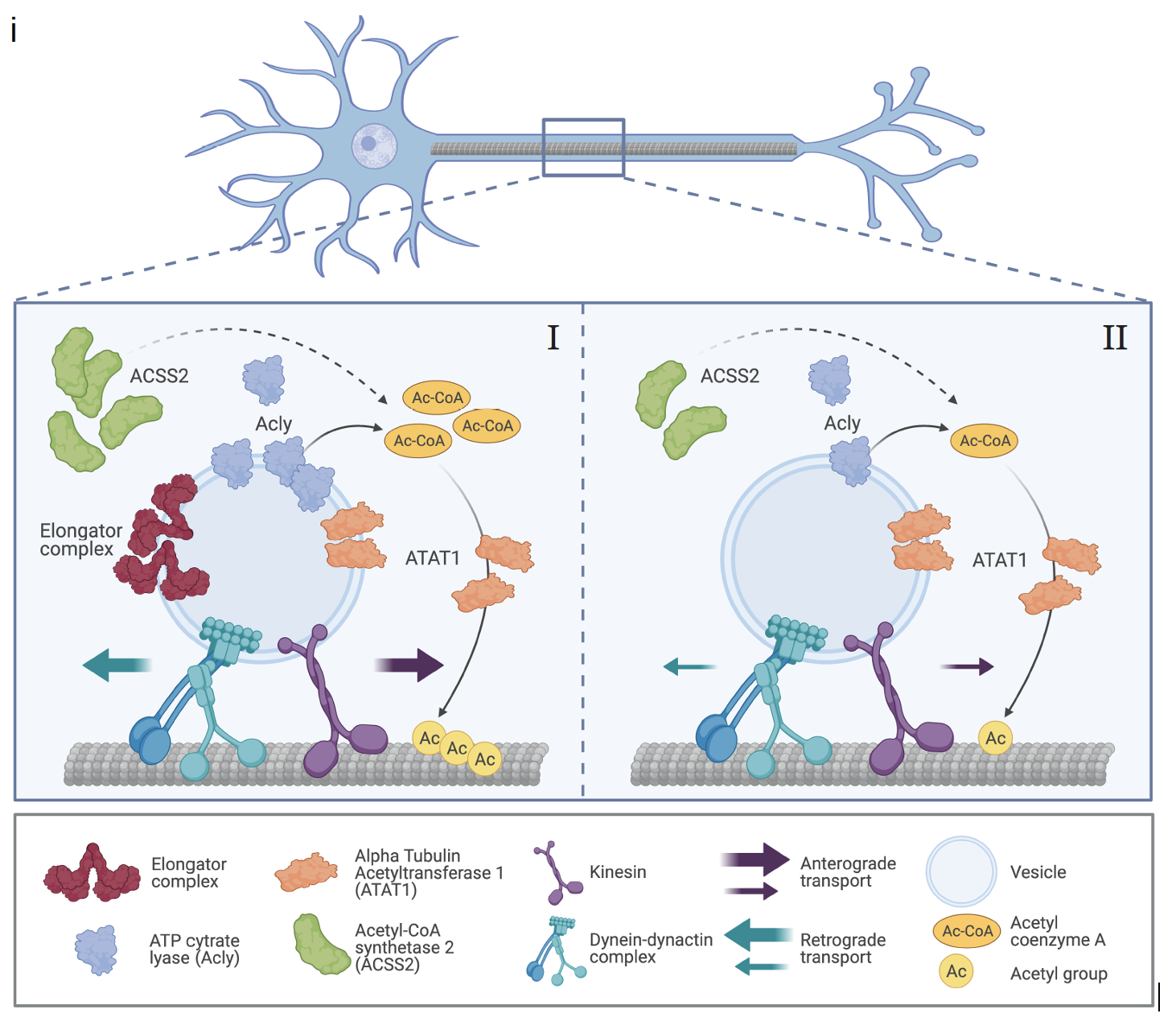 This breakthrough in the mechanisms regulating axonal transport enables a better understanding of how its disruption can lead to  neurodegenerative diseases, such as familial dysautonomia (resulting from the loss of Elongator activity), Huntington's disease, and amyotrophic lateral sclerosis. On the long run, it would be conceivable to normalize axonal transport with pharmacological molecules that modify the activity of key enzymes regulating positively (Elongator, ATAT1, ACL1) or negatively (HADC6) the acetylation of microtubules and thus axonal transport.